This is Not a Glamorous Post About Tea or Motherhood 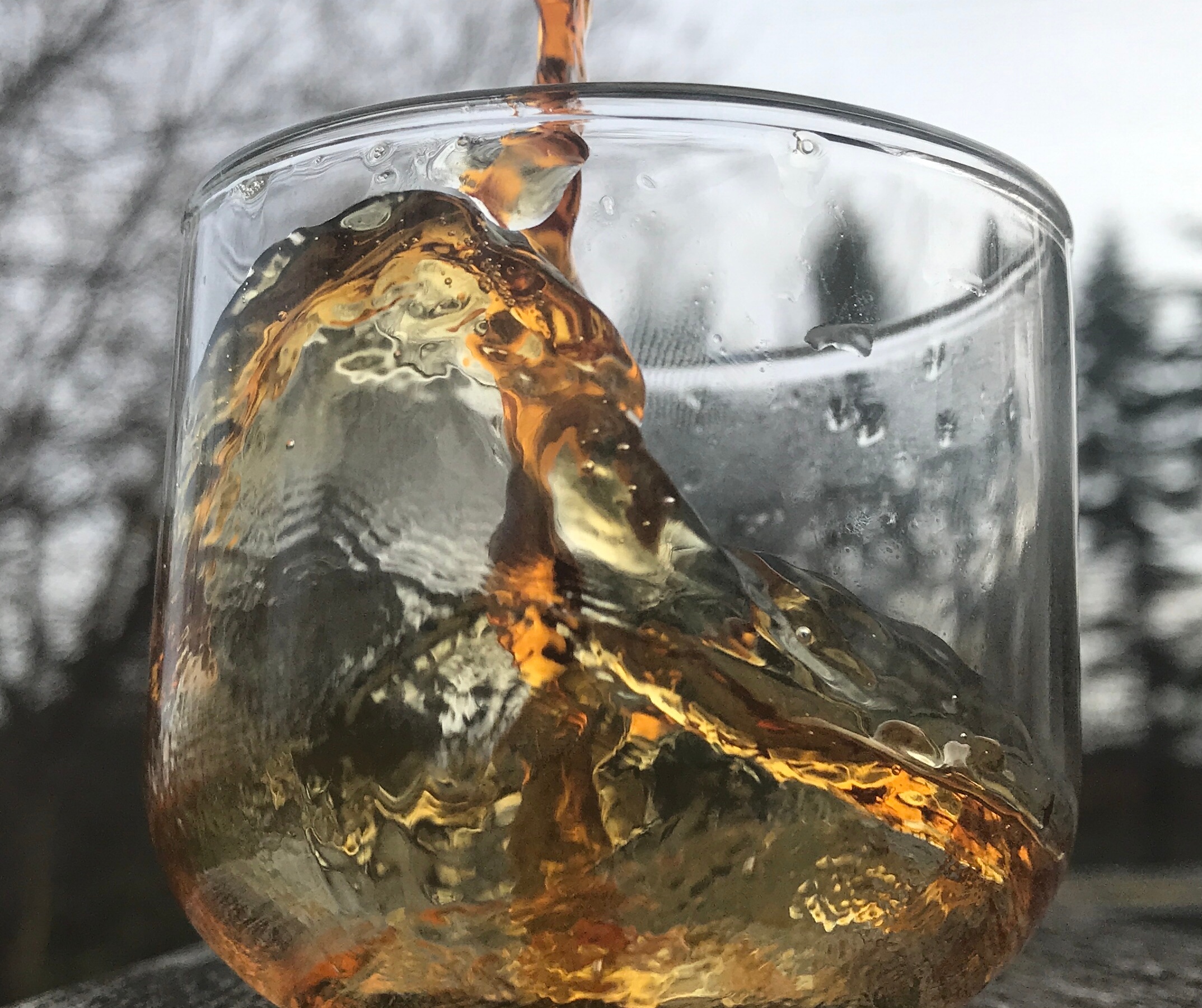 I may have romanticized my gongfucha sessions– written about how it’s a meditative practice that lets me decompress while exploring tea more intimately. And some days, my gongfucha sessions are exactly that. But, most days it is just a tea brewing method no different than brewing tea western-style with a cup infuser. Most days, it just keeps my hands busy and my mind focused on work when I would rather be lounging on the couch, playing video games. Some days, it is a fleeting refuge between my toddler’s tantrums. On days like that, I like to steep familiar teas, like the Yunnan Golden Buds (Dian Hong) from California Tea House, which was most recently sipped while hiding beside the refrigerator and out of my toddler’s line of vision. (Surely I’m not the only mother that does this? On second thought…don’t answer that).

The Yunnan Golden Buds appears to be fuller, uniform wiry leaves with a fairly even ratio of dark brown leaves to downy, golden buds. The dry tea smells malty, and after being tossed in a warm gaiwan, sweet molasses and cocoa scents surface. After an initial 10 second steep, the tea produces a rich, brown liquor that offers malt and cocoa aromas. There is a mild, drying sensation on my tongue, but no bitterness.

Around the corner, I hear Oliver throw the TV remote over the baby gate, and after it clatters across the kitchen floor, he emits a guttural sound and shouts, “MOTE! MIIIIIIIIIIIIINE!” We have entered the “MINE” phase of toddlerhood, and no amount of parenting books and blogs could really prepare me for it. I immediately prepare a second infusion as Oliver yanks at the baby gate, threatening to tear it down.

Infusion two moves away from malt and instead offers sweet potato aromas alongside savory cocoa, but my sip is interrupted by the sound of the bathroom door opening and the sink faucet turning on. I nearly tear down the baby gate myself trying to get to Oliver, who is standing on the toilet and splashing in sink water. This used to be a fun activity for us, but during a brief moment of having my back turned, Oliver clogged the sink with an entire roll of toilet paper. In 2020– the year of toilet paper shortages nationwide! I’m still recovering from that trauma, but dragging a soggy Oliver out of the bathroom isn’t any better. As we start to cross the threshold into the hallway, Oliver lets his body go limp and screams a thousand screams (roughly).

Infusion three through six are a blur of sips stolen from beside the fridge in between attempts to build a Lego tower and consoling an inconsolable toddler. The Yunnan Golden Buds isn’t an overly complex tea, but delicious all the same. It is forgiving during distracted moments and delivers a consistent cup of cocoa, malt, and sweet potato. It’s the flavor profile I found myself reaching for the most when I needed comfort this year– when the world began shutting down, when the months blurred together into some appointment of time never experienced before, when all I wanted were sunny days but was delivered rain instead, and now during moments of toddler-infused chaos.

This story does have a happy ending, but not before getting slapped across the face by a flailing two-year-old and shedding tears myself. I stood there, embracing Oliver and swaying with him, which was as much a coping method for myself as it was to soothe him. Within five minutes, he had succumbed to sleep, the very thing he had been fighting. I shuffled him to the bed and tried to return to my cup of tea, but I found my arm trapped beneath his tiny body. So, there I laid for the next hour and a half, lest I risk waking a sleeping bear.

Do you have a favorite tea to sip when you’re searching for a moment of peace? If not, what do you like to do to decompress? Let me know in the comments!

Already tried the Yunnan Golden Buds from California Tea House? Check out of some of these tasTEA recommendations:

Disclosure: the Yunnan Golden Buds was provided to me free for PR purposes. My thoughts and opinion of this tea are ever my own.

← Finding Elegance in a Cup of Assam
Five November Favorites →