I don’t know what I was thinking when I accepted an invitation to visit Chicago at “month end” (ie. the beginning of October. Accounting is weird like that). It’s the worst time to be away from work when you’re a bookkeeper, but I decided to ignore the anxiety brewing in my chest anyway; I submitted a time off request, booked a round-trip train ticket for $54 (how can you beat that price?!), and tried to push the thought of having to complete three days worth of work in 1.5 days out of my mind.

The day of departure, I tried reading Agatha Christie’s Murder on the Orient Express (because what could be more appropriate?), but I soon found myself distracted by Michigan landscape. The scenery is so pretty here; I just wish we had the economy to match. It could be worse though. I could live in Indiana. *shudders* TO BE FAIR! The train goes through Michigan City, Gary, and East Chicago. With its ugly steel mills, sprawling freight yards, and charming coal and natural gas power plant over-looking Lake Michigan, I know it is not Indiana’s finest. Also, Children of the Corn. I digress! After several delays due to interfering freighter traffic, I made it to Chicago nearly an hour and a half later than I intended.

O, Chicago! The only big city that I’ve visited. I should probably take a moment to explain how my view of “big cities” is skewed. The city I currently live in has a population of about 115,000 people. That is a lot of people to someone who lived in a city of 33,000 people prior. The people here are abrasive. The surface streets are too narrow and congested with traffic that has little regard for turn signals and traffic lights. I look forward to waking up and going to the grocery store by 7:00AM because any later and the crowds of aimless and lollygagging shoppers is unbearable; I miss the quiet aisles of Polly’s Country Market even though their Poptart selection isn’t nearly as varied as Meijer’s. That being said, I really, really like Chicago even though it’s hard to find a quiet spot, people drive like maniacs, and it’s hard to walk down the sidewalk without walking into a plume of cigarette smoke.

One of the best things about Chicago is the food. It’s some how the perfect blend of culturally diverse cuisines and hearty midwest meals. Sadly, I didn’t snap any photographs of the tasty dishes, but next time you’re in Chicago, I recommend these places: 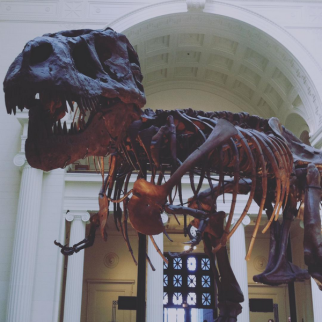 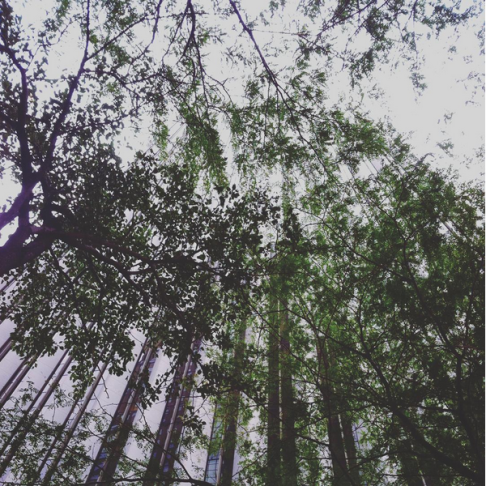 The Best for Last

I spent my last day in Chicago alone, and it was a pretty incredible experience. Yes! It is possible to be alone in a city of over two million people!

My goal was to get ridiculously lost and somehow manage to make it to my train in time. I found this lovely neighborhood that was somehow so quiet despite being surrounded by busy streets; perhaps towering skyscrapers blocked all of the noise. Next to the neighborhood was a park with sprawling green grass, where friends gathered with their puppies for a picnic. There was children playing on a playground that was canopied with trees. And there was a pathway with the occasional bench and modern-styled fountains, so all you could hear was the sound of bubbling brooks. All I could think about was how perfect this spot would be to sprawl out and read.

Plus, corporations were closed and people were off doing touristy things in other parts of the city, which meant I could stand around and gape at amazing architecture and buildings that brushed the sky without being jostled by people in a hurry. I was in awe.

Even though I was just there a month ago, I already want to go back. There are many museums and exhibits that my nerdy soul desires to stroll through, and there are so many pictures of food that I want to take without shame. I sort of want to visit during the holiday season (ie. Christmastime) because I really would love to see parts of the city all lit up…Do they light the city up for the holidays?

Have you ever visited Chicago? Where are some of your favorite places to visit in there?