I do not do a lot of cooking. My foray into savory dishes involves boiled pasta, canned sauces, and a side of microwavable vegetables. I don’t even bother with meat because it ends up either dry and crumbly or oddly, still raw. But as it turns out, I’m not too shabby at baking. But, even my baking skills stop at cookies. Albiet very, very delicious cookies. This Thanksgiving, I was a little daring in the kitchen, which is how I concocted the Earl Grey Pot de Creme with a Honey Lace Cookie pictured above. Doesn’t it look fancy?

I can’t take the credit for this one because I am not a foodie and I am not a cook. I followed this Martha Stewart recipe. I did make one alteration to the recipe, which is the choice of tea.

Tardis Tea, which you can purchase at Adagio Teas, lends itself to a wonderful and unique cup of Earl Grey tea. The caramel and vanilla creme (not mentioned in the picture) balances out the boldness of the black tea and extra kick of bergamot oil. One word of advice, only brew this one for three or four minutes max; anything longer and you run the risk of sipping on a bitter cup of tea.

But, back to the pot de creme because I still can’t stop thinking about it.

I was nervous about making it because 1. it was my Thanksgiving dessert and 2. I’ve never baked anything like it. However, the recipe was simple and surprisingly easy to execute. The outcome was divine.

I’ve never had “pot de creme”, so I’m not sure if my dessert turned out correctly. I was expecting a custard, something with the consistency of creme brule. That’s not was turned out, and I’m not complaining. The texture was a hybrid– rich and jiggly, like custard but also fluffy and airy, like mousse. The recipe mentions this dessert is “subtly infused”, which may have been the case if I just used straight, Earl Grey tea. Tardis Tea is a very flavorful tea however. The tea flavor would have been very prominent if it weren’t for the caramel and vanilla undertones. The steeping method may have also played a part; instead of steeping in water (which would be absurd), the leaves steeped in a bath of whole milk and heavy cream. The end result was unmistakably tea, but the creaminess mellowed the flavor. (WordPress is telling me I spelled “creaminess” incorrectly and is suggesting the word “dreaminess” instead, which is kind of the same thing in this case).

The honey lace cookie was an afterthought. I wasn’t going to make them until I realized the recipe called for 4 ingredients and took less than 10 minutes to make, baking included. The honey lace cookie makes me think of the burnt sugar atop of creme brule, with a hint of honey. They were delicious, their crunch added a bit of excitement to the dessert, and they look fancy.

Baking a custard sounds challenging, but I assure you this recipe is simple. It’s also inexpensive to make since people will have most, if not all, of the ingredients in their cupboards and fridge. And the outcome is absolutely rewarding. Trust me when I say, this dessert needs to be in your life. 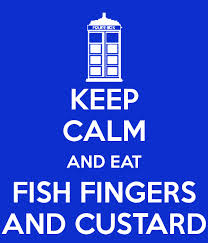 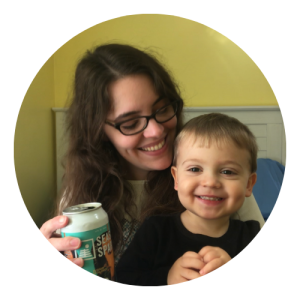