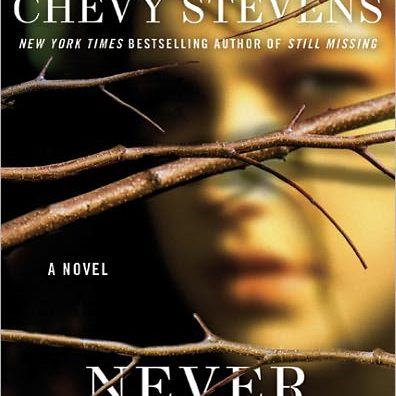 I’ve put off writing this review for so long because I haven’t figured out what to say about this book.  Still.  Really!  I went into Never Knowing prepared to dislike it.  It’s not my preferred genre, and on top of that I started reading this book at work; these days, work turns me into such a curmudgeon.  But, about a chapter in, I was hooked.

I don’t know how else to say it, but this book left me feeling like an emotional wreck.  Each character was equally lovable and frustrating.  One moment I’m rooting for them; the next I am disgusted by the words they say and their actions (or lack thereof).  On one hand, Sarah is so wonderful for wanting to lend a helping hand.  On another hand, how dare she lend a helping hand knowing her child’s life is at risk.  Who does that?!  How wonderful, Sarah’s adoptive mother is for loving Sarah so immensely, but how dare she not stick up for Sarah when her father is being so hateful.  Each character in the story is like this from innocent little Ally to the cruel serial killer.  Stevens succeeds in creating tension between characters as well as blurring the boundaries between good and evil.

Stevens also has a unique way of telling Sarah’s story.  The book is fairly fast-paced with new tensions, twists, and secrets revealed on every other page.  But, each chapter begins with Sarah talking to her psychologist.  She reflects on the events that happened just a few days ago, sometimes just a few hours ago, before launching into a vivid retelling of the often horrific event.  It allows the reader to catch a deeper glimpse into Sarah’s psyche.

All her life, Sara Gallagher has wondered about her birth parents. As an adopted child with two sisters who were born naturally to her parents, Sara’s home life was not ideal. The question of why she was given up for adoption has always haunted her. Finally, she is ready to take steps and find closure.

But some questions are better left unanswered.

After months of research, Sara locates her birth mother—only to be met with horror and rejection. Then she discovers the devastating truth: her mother was the only victim ever to escape a killer who has been hunting women every summer for decades. But Sara soon realizes the only thing worse than finding out about her father is him finding out about her.