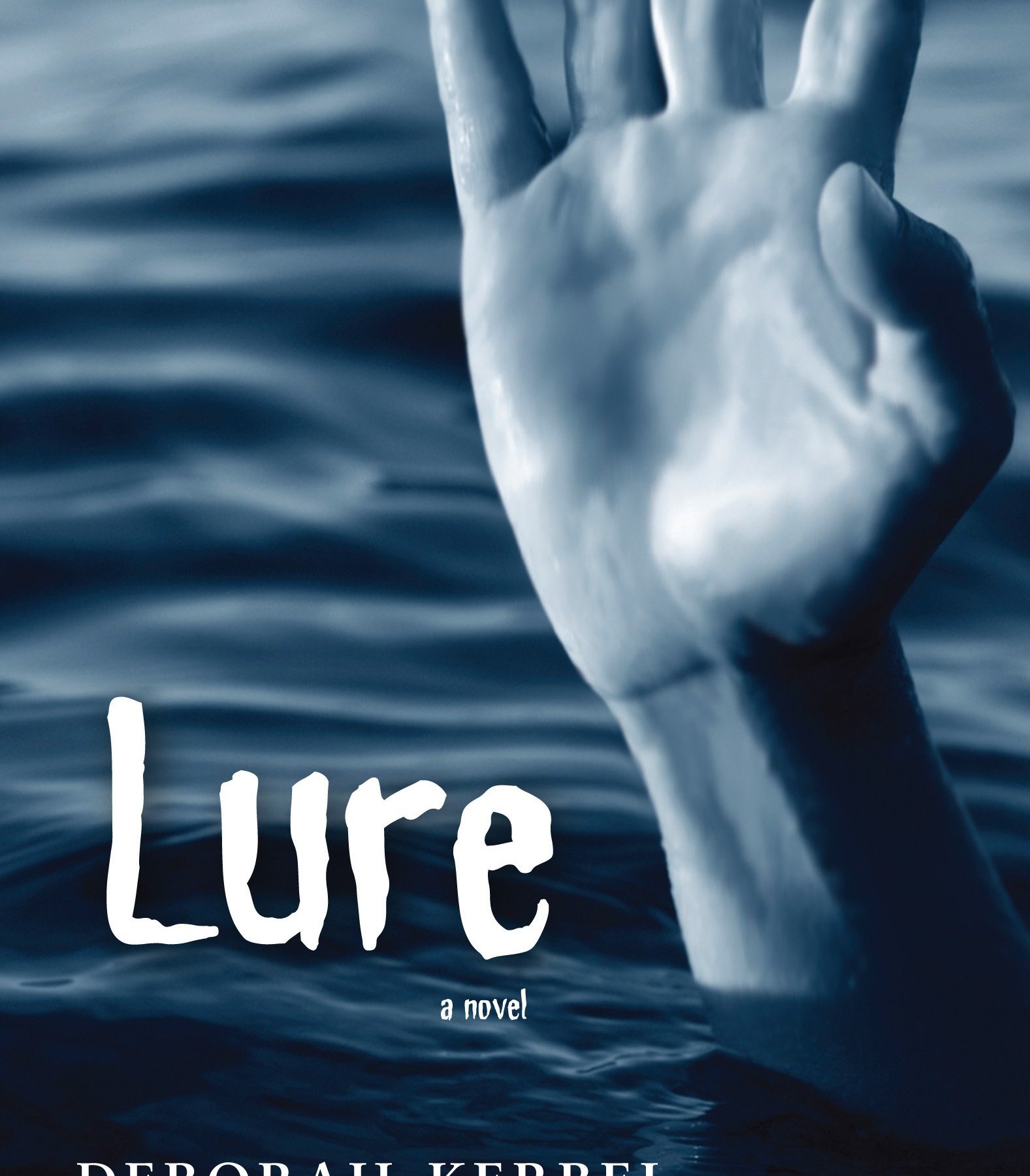 After reading the synopsis for Lure by Deborah Kerbel, I was eager to read this book.   I used to read ghost stories often when I was younger, but I haven’t read too many in recent years.  Instead, I’ve been hooked on shows like Ghost Hunters or Ghost Adventurers.  So, it seemed this book would be right up my ally.

Absolutely nothing is going right for Max Green. His parents have just uprooted their family from Vancouver to the bleak suburbs of Toronto, he has no friends, and everybody at his new high school is ignoring him. To make matters worse, he’s in love with an older girl who’s completely out of his league. When Max discovers a local library rumored to be haunted by ghosts, he’s immediately drawn to it. With the help of some cryptic messages, he begins to piece together the identity of the teenage ghost and the mysterious chain of events that have connected its spirit to the building for over a century. But just who was John, anyway? Why has he chosen to contact Max? And what does an old fishing lure have to do with solving the mystery?

The story is written from two points of view; Max, from the modern-day, and John, a boy from the past, take turns telling their story.  It was interesting to see how much their stories relied on each other for the storyline to advance.  But, I didn’t think the quality of Max’s story was as fine as John’s story.  John’s chapters were so eloquently written and much more interesting; I was sucked right in.  After finishing each of John’s chapters, I had a better sense of who he was.  He’s a sickly and weak boy who loves books even though his father wishes he were strong so he could work in the family blacksmith business.  Each chapter showed his struggle with coming to terms that he’d never be good enough in his father’s eyes, and it was kind of heartbreaking.

After reading Max’s story, I only had a vague impression of who he was.  And from that vague impression, I decided that I couldn’t stand Max.  He sits there and simmers about how he is invisible to all of his peers, yet he skips school all the time!  It’s like, maybe if he made an effort to go to school with these people, he wouldn’t be invisible to them.  Plus, the only time the reader gets to know Max is when he is at the library or when he is around Caroline, a girl he was kind of infatuated with.  The reader doesn’t get to understand how his school mates see him or don’t seem him.

Also, and I don’t mean to get nit-picky, but Max kept talking about how he loved breathing in Caroline’s “awesome” scent.  But, every time I read that or a variation of that, I just really wanted to know what “awesome” smells like.  This lack of concrete descriptions also lent itself the vagueness I felt after finishing each of Max’s chapters.

As for the ending…I’m kind of baffled.  It all came as a surprise to me, which was cool, but things didn’t seem to add up.  I’d spoil the ending if I voiced my concerns though.

Overall, this book wasn’t for me.  It left me wanting more, but not in a good way.  While I very much enjoyed reading about John, I wanted to understand Max better.  It almost seemed like Max was a pawn in this story.  It almost seemed like his only purpose was to figure out the mystery, so character development wasn’t really necessary.

I also went into the story thinking it was going to be spooky.  It wasn’t, and I didn’t so much mind that.  But, I was kind of bummed out that it was lacking in paranormal activity.  Most of it was hearsay, and Max and the reader only experienced two or three things firsthand.  The things that did happen were kind of clever; I just wanted more.

Even though I didn’t rave about this book, zounds of people have.  I’ve yet to find a review on Goodreads.com with less than three stars.  Plus, check out these reviews at The Bodacious Pen, YA Book Shelf, and The Book Pixie for another point of view.

I won this book from Hallie @ Undusty New Books