Every once in a while, I will get so caught up on an idea that I will obsessively research it. The rule of thumb seems to be, the more creepy or disturbing an idea, the longer I obsess over it, and most recently, that idea has been Spiritualism. Spiritualism is simply the belief that spirits of the dead have the desire and ability to communicate with the living. During the mid-nineteenth century to early twentieth-century (a time plagued by war and deaths at the hand of the illness, mind you), people in Europe and North America embraced this idea and flocked to mediums who could communicate with the deceased.

I scrolled through pages and pages of images of Victorian mediums with “ectoplasm” oozing out of them like the photograph above. It was of course a hoax (or was it?). It’s so bizarre to think people back then believed these photographs to be genuine when clearly it’s just muslin draped eerily around them. Then, to my chagrin, I read No Ghouls Allowed by Victoria Laurie which gave a brief nod to these Spiritualists. Now, I cannot get enough of it! Here are a handful of novels involving Spiritualism that have piqued my interest: 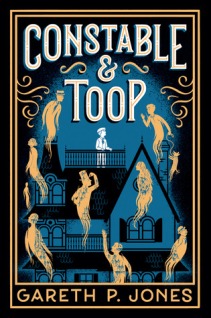 Constable & Toop by Gareth Jones: Something mysterious and terrible is happening throughout Victorian London: Ghosts are disap­pearing. When this reaches the attention of the Ghost Bureau, the diligent but clueless Mr. Lapsewood, a paranormal paper-pusher, is sent to investigate, and what he discovers is grave. The Black Rot has arrived—a voracious spiritual infestation whereby empty haunted houses suck in unsuspecting ghosts and imprison them.

In the Shadows of Blackbirds by Cat Winters: In 1918, the world seems on the verge of apocalypse. Americans roam the streets in gauze masks to ward off the deadly Spanish influenza, and the government ships young men to the front lines of a brutal war, creating an atmosphere of fear and confusion. Sixteen-year-old Mary Shelley Black watches as desperate mourners flock to séances and spirit photographers for comfort, but she herself has never believed in ghosts. During her bleakest moment, however, she’s forced to rethink her entire way of looking at life and death, for her first love—a boy who died in battle—returns in spirit form.

Jackaby by William Ritter: Newly arrived in New Fiddleham, New England, 1892, and in need of a job, Abigail Rook meets R. F. Jackaby, an investigator of the unexplained with a keen eye for the extraordinary–including the ability to see supernatural beings. Abigail has a gift for noticing ordinary but important details, which makes her perfect for the position of Jackaby’s assistant. On her first day, Abigail finds herself in the midst of a thrilling case: A serial killer is on the loose. The police are convinced it’s an ordinary villain, but Jackaby is certain it’s a nonhuman creature, whose existence the police–with the exception of a handsome young detective named Charlie Cane–deny.

The Dark Between by Sonia Gensler: At the turn of the twentieth century, Spiritualism and séances are all the rage—even in the scholarly town of Cambridge, England. While mediums dupe the grief-stricken, a group of local fringe scientists seeks to bridge the gap to the spirit world by investigating the dark corners of the human mind. Each running from a shadowed past, Kate, Asher, and Elsie take refuge within the walls of Summerfield College. But their peace is soon shattered by the discovery of a dead body nearby. Is this the work of a flesh-and-blood villain, or is something otherworldly at play? 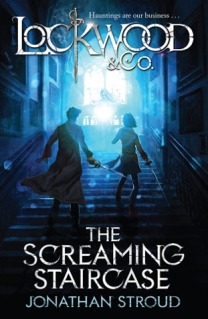 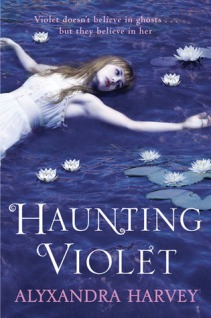 The Screaming Staircase by Jonathan Stroud: For more than fifty years, the country has been affected by a horrifying epidemic of ghosts. A number of Psychic Investigations Agencies have sprung up to destroy the dangerous apparitions. Lucy Carlyle, a talented young agent, arrives in London hoping for a notable career. Instead she finds herself joining the smallest, most ramshackle agency in the city, run by the charismatic Anthony Lockwood. When one of their cases goes horribly wrong, Lockwood & Co. have one last chance of redemption. Unfortunately this involves spending the night in one of the most haunted houses in England, and trying to escape alive.

The Diviners by Libba Bray: Evie O’Neill has been exiled from her boring old hometown and shipped off to the bustling streets of New York City—and she is pos-i-tute-ly ecstatic. It’s 1926, and New York is filled with speakeasies, Ziegfeld girls, and rakish pickpockets. The only catch is that she has to live with her uncle Will and his unhealthy obsession with the occult. Evie worries he’ll discover her darkest secret: a supernatural power that has only brought her trouble so far. But when the police find a murdered girl branded with a cryptic symbol and Will is called to the scene, Evie realizes her gift could help catch a serial killer.

Haunting Violet by Alyxandra Harvey: Violet Willoughby doesn’t believe in ghosts. But they believe in her. After spending years participating in her mother’s elaborate ruse as a fraudulent medium, Violet is about as skeptical as they come in all matters supernatural. Now that she is being visited by a very persistent ghost, one who suffered a violent death, Violet can no longer ignore her unique ability. She must figure out what this ghost is trying to communicate, and quickly because the killer is still on the loose.

Born of Illusion by Teri Brown: A gifted illusionist, Anna assists her mother, the renowned medium Marguerite Van Housen, in her stage show and séances, easily navigating the underground world of magicians, mediums, and mentalists in 1920’s New York. As the illegitimate daughter of Harry Houdini—or so Marguerite claims—sleight of hand illusions have never been a challenge for Anna. The real trick is keeping her own gifts secret from her opportunistic mother. Because while Marguerite’s own powers may be a sham, Anna possesses a true ability to sense people’s feelings and foretell the future.

Am I just a spooky kid, or do you like ghost stories too? What are some of your favorites?