A Stack of Spooky Books 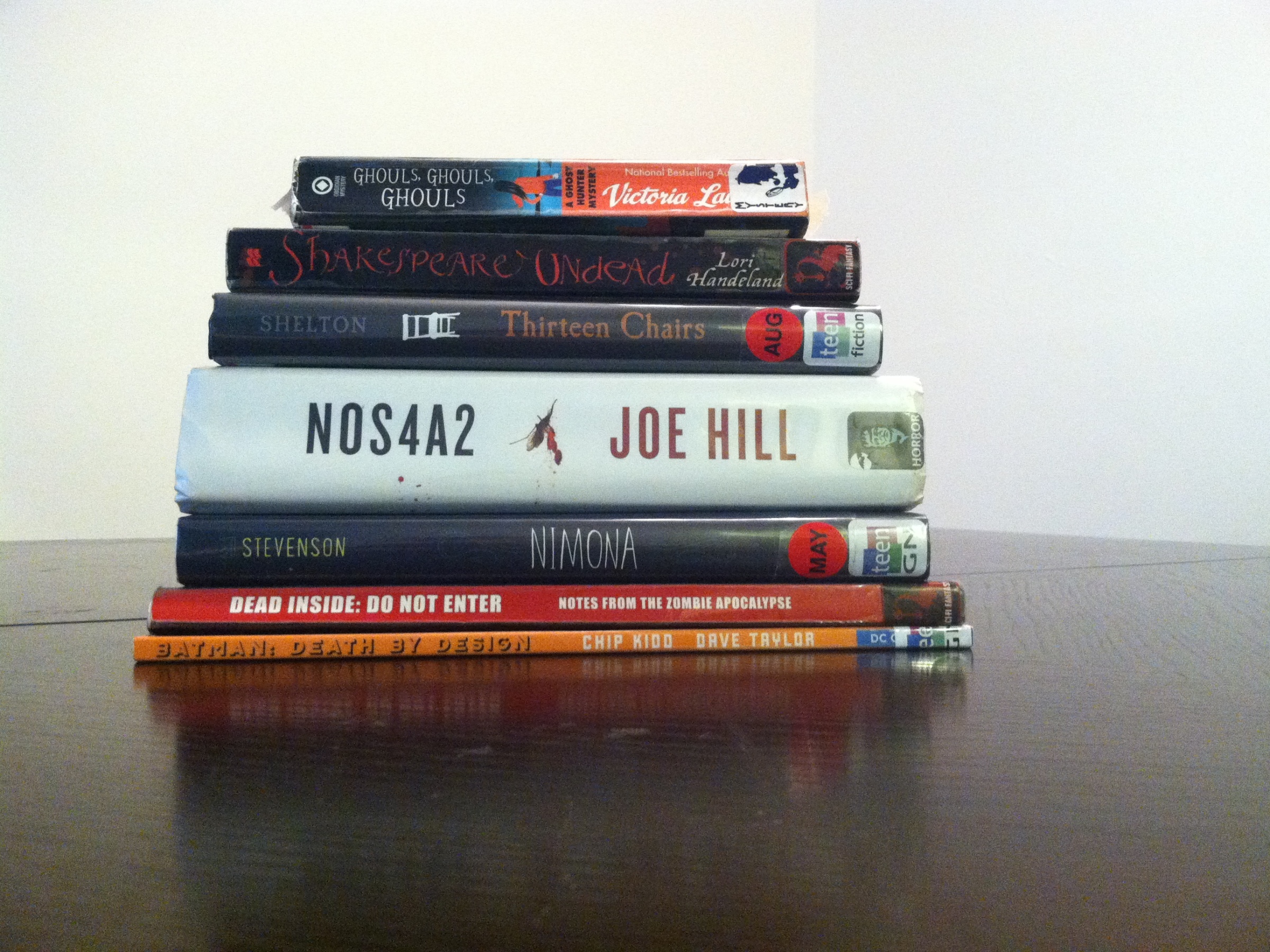 I may have been a bit over-eager during this week’s library visit, especially since last time I only read three of the six books I checked out. I felt guilty returning some of the books unread. I decided to call it quits on a cozy mystery novel called Bran New Death (Merry Muffin Mystery #1) by Victoria Hamilton because I kept getting stuck, stuck, stuck. I think after nearly three weeks, I only made it to page 70. I loved the character’s voice, which was quite sassy and fun, but the pacing was too slow. I also returned New York by Edward Rutherford, which I’m actually really disappointed about. The idea of the story still piques my interest; it’s a historical fiction novel that spans from New York’s beginnings in the 1600s to the attacks on the World Trade Center in 2001.  But, I knew the first half of the book was going to drag and be utterly treacherous for me because I have very little interest in Colonial America. I may scope out some of Rutherford’s other books, especially London. From what I can tell, tomes spanning centuries of a city’s lifetime seems to be his niche.  In the end, I only kept Kissing in America by Margo Rabb, which I binge read later that afternoon.

And now, here I am with seven new books sitting patiently on my kitchen table, waiting to be read. If you haven’t noticed, there is a bit of a theme going with (most of) the books I checked out this week. October is right around the corner, so I made sure to pick out a bunch of spooky books.

Do you have any favorite spooky books?

← Some Thoughts on Tea and the Changing of the Seasons
This is Another Five Star Review: Ms Marvel, Vol 1: No Normal by G. Willow Wilson & Adrian Alphona →

7 Comments on “A Stack of Spooky Books”