My mom has started her countdown for Christmas, but I’ve started my countdown for the first day of Autumn– just a mere 15 days! I’ve already started dreaming about pumpkin spice lattes, and vendors have already been teasing me with products that taste like Fall. When I checked my e-mail this morning, Teavana had sent me an e-mail about their seasonal Pumpkin Spice Brulee Oolong tea, which is described as having a “balanced swirl of rich pumpkin and flavors of caramel, toffee, butterscotch, and creamy vanilla”. How can I even say no to that? Trust me. I tried! I tried to be the responsible adult, but…Teavana was offering free shipping with the promotional code pumpkinlove (ends 9/9), and before I knew it, I had also added Earl Grey Creme black tea and some tea tins to my basket. I suppose it’s appropriate to treat yourself every once in a while, right?

Aside from some goodies that should arrive in my mail shortly, I also finally finished a series other than Harry Potter, and I celebrated my two-year work anniversary (with more tea!)

Co-workers treated me w/ an Earl Grey Tea Latte from @BIGGBYCOFFEE in celebration of my 2 yr. work anniversary! Today is swell.

So far, September is starting out on the right foot! 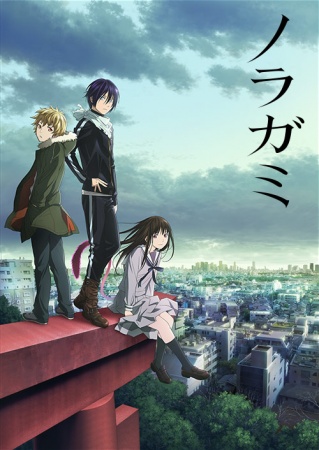 I’ve discovered something new on Netflix this week– the anime Noragami! (Of course, it was a manga first). The anime is about Hiyori Iki, a middle school student, who is hit by a bus, while trying to save the life of a fella named Yato. While Hiyori survives, the incident causes her to turn into a half-phantom, and she learns that Yato is actually a god trying to make a name for himself by doing odd jobs around Japan. And, I really mean odd jobs. Sure he fights phantoms by night, but during the day he serves ramen and cleans people’s showers for a mere five yen; he’s saving to buy his own shrine for people to worship him at. Noragami is charming and silly and funny, but it’s also incredibly deep because it delves into issues like bullying and death. The artwork and the music are also impeccable, and I cannot encourage you to watch this show enough.

Books On My Radar:

Apparently I’m craving something spooky. I’ve just added a handful of books to my wish list, and they all deal with ghosts or haunted houses or pacts with the devil.

Mortal Danger by Ann Aguirre ♥ Servants of the Storm by Delilah S. Dawson ♥ Conversion by Katherine Howe ♥ The Girl from the Well by Rin Chupeco ♥ Of Metal and Wishes by Sarah Fine ♥ The Supernatural Enhancements  by Edgar Cantero

This question is probably more suitable for October, a month for mischief and horror movies, but have you read any spooky books lately? Do you have a favorite horror novel?